Hello! Mostly Kosher will be coming to Bend, Oregon as part of their Pacific Northwest Tour. We would love for you and your congregation attend the upcoming performance at Tower Theatre March 19. Do you have a bulletin to share local event information? If so, details are included below for the show along with an attached tour poster.

Thank you, and hope to see you soon at Tower Theatre!
Mari King
Mostly Kosher Marketing

As seen on PBS and Disney’s Festival of Holidays

“Music that enriches your soul and awakens your spirit.” – LA Weekly

“Musicians in Mostly Kosher break down the boundaries that have been keeping traditional Jewish music out of the mainstream.” – James R. Armstrong Theatre

“This is a MUST SEE” – Slice of Disney

Mostly Kosher, the acclaimed Klezmer Gypsy-Rock radically reconstructs Judaic and American cultural music through ravenous klezmer beats and arresting Yiddish refrains. Mostly Kosher is a musical feast that explodes into a global food-fight of Jazz, Latin, Rock, and Folk. In response to the poetry and folk music of Judaic roots, their original voice resounds with themes of social justice, human dignity and mutual understanding. Led by frontman Leeav Sofer, one of Jewish Journal’s "30 under 30" most accomplished professionals in the Los Angeles Jewish diaspora, Mostly Kosher is comprised of some of the highest regarded Los Angeles musicians: violinist Janice Mautner Markham, drummer Eric Hagstrom, bassist Adam Levy, accordionist Gee Rabe, and Ben Tevik on clarinet and sax. 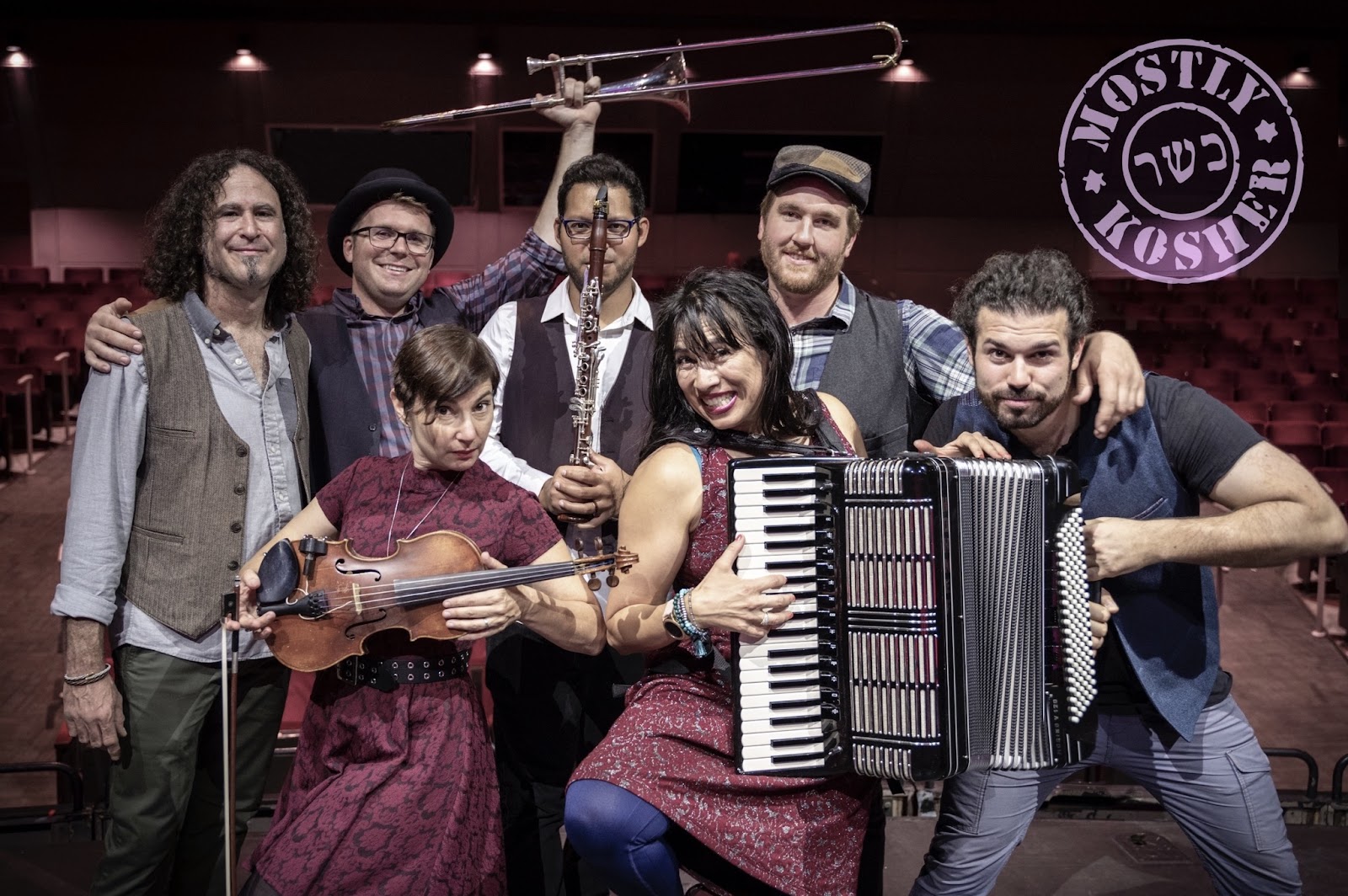